Waitangi Day on the Monday means a long weekend so why not make the most of it? In order to do so we headed up to Rawhiti on the Friday night. Managing to get a glimpse of Urupukapuka Island (our destination for the evening) we loaded up the kayaks and paddled across to Cable Bay in the dark.

It wasn’t a rushed morning but we got out onto the water with plenty of time. Due to the number of people and varying levels of experience we broke into pods and headed off for 3 different trips. Some went for a circumnavigation of Urupukapuka, others out and around Motuarohia Island and some for a more leisurely trip.

We set off across to Motukiekie Island but the wind started to pick up and by the time we entered the gap between Motukiekie Island and Moturua Island the wind was being funnelled through. We popped into a nearby beach to let it die down and while on the beach it was peaking at 35 knots. After a longer than usual morning tea we made the call to head back to base. A water fight then unfolded without much help. 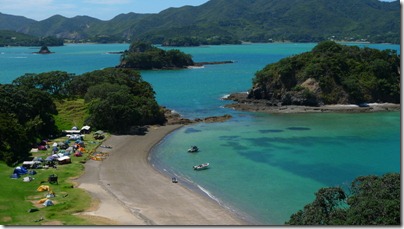 Instead of veging for the rest of the day we had a stroll around the island taking in some great views of the outer Bay of Islands. Back at camp we settled in for the evening and before long it was 4am. 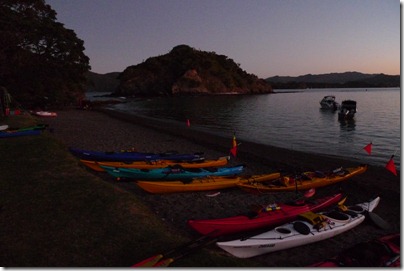 The next morning we were a bit slower to rise  and since the wind still wasn’t playing ball so we explored the sheltered Eastern side of the Island.

Rather than head straight back a few of us hung out in the bay and put our rod’s down. We pulled up a variety of fish including Snapper and Gurnard. Whilst heading and gutting the fish in one corner of the beach a bunch of Stingrays gathered to feast on the remains. 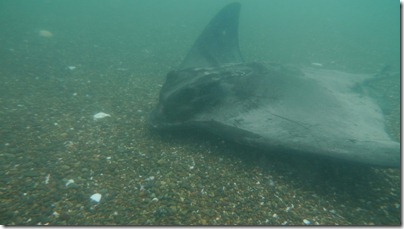 We prepared a spread of different fish cooked in just as many different ways. Sashimi and Ceviche to flour dusted and lightly fried and even fish head soup.

The day we had been waiting for! Beautiful calm clear weather, perfect for a trip out to the hole in the rock (33kms) but bugger. Some of us needed to make it back to Auckland before the evening so we wouldn’t be able to go the whole way.

The swell was large but very flat so it felt like we were paddling uphill as the swell rolled under our boats. It took its toll on some who fed the fishes along the way and at some points we were paddling through thick foam. Even though we were paddling in calm water the waves crashing against the rocks generated huge amounts of foam. 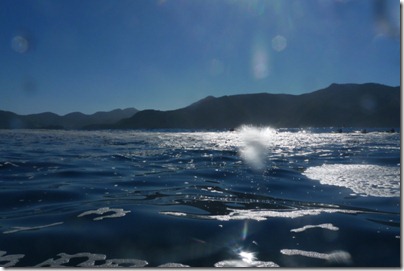 Deep Water Cove provided us with a place for morning tea although with the steep rocky beach making it a bit more interesting for those who use composite boats. 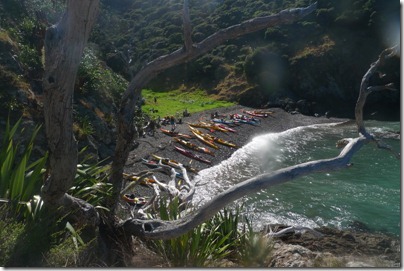 Afterwards, we split up with one pod heading out to the Hole in the Rock which was fantastic. Only two paddlers were game enough to go through the hole whilst the tourist boats could only watch. The rest headed back down the coast. This time we had the swell from behind and were were on the constant lookout for large pleasure boats and yachts we were constantly losing in the large swell.