Labour weekend, the first long weekend since Queen’s Birthday back in June! After a quick bite at the Hikurangi pub on the Friday night it wasn’t much further to the camping ground at Whananaki North and it was straight into the relaxation.

Saturday turned out to be a beautiful clear day at least at first. We set off from the boat ramp, out of the estuary being almost sucked out with the tide and we were off up the coast. The easterly swell presented us with a somewhat up and down ride on our journey north which made rock gardening not an option. 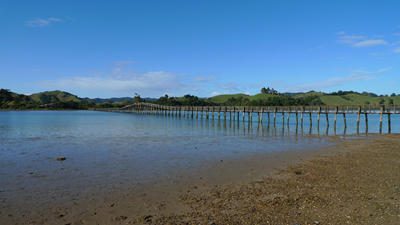 We managed to get into Otamure Bay for lunch but as the wind was picking up half the group stayed behind. Nick returned to his car on foot and car pooled people back to get their cars. The rest of us headed back on the water. 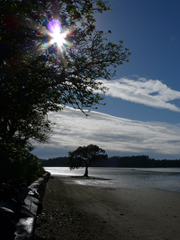 It was a reasonable fast trip although we did pause and climb the head at the entrance to Whananaki to check out the conditions. We continued around the head and into the estuary fighting for every inch into the wind. It was all worth it as it made the beer taste even better.

Sunday the weather was up to we drove north to Whangaruru harbour and explored the sheltered waters. Nick had a plan that we could check out an old whaling station but that turned out to be 20kms away.

A coastguard search and rescue keep us entertained on the VHFs. The afternoon was spent chilling out after stopping off at the cafe on the hill above Helena Bay. 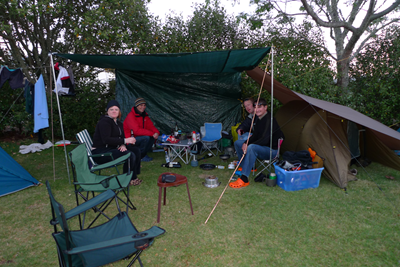 For the Monday everyone did their own thing with some returning early to do chores so spend the day surfing on the bar. Since I was driving a few of us headed to the Tutakaka Coast. We put in at Matarangi and rock gardened our way around to Whale Bay. It’s only a short trip but we made the most of it before making our way back down to Auckland. 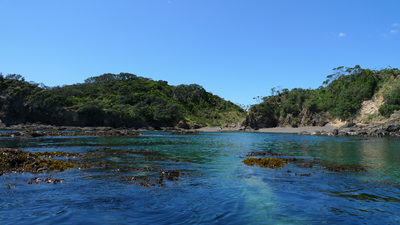