I've been wanting to visit Prague for a long time ever since I first saw pictures of the Gothic city covered in snow in winter. Well it wasn't winter but the city is just as spectacular and a lot more vibrant that I had imagined. 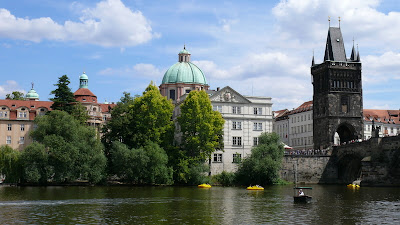 It is one of the nicest cities I have been too with beautiful buildings, castles, churches, culture and history. Prague is real mixture of all the architecture styles from Gothic, Renaissance and all the other styles I know nothing about. It is spit down the middle by the river Vltava/Moldau and high up on the hill is Prague Castle, housing its own cathedral which is one of over 250 churches in the city. 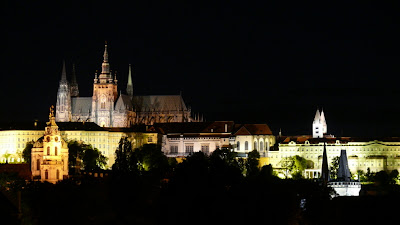 Our first excursion was to the Terezin not your usual holiday spot. The town was turned into a Jewish Ghetto/Concentration Camp and nearby prison fortress close to the German border. No one was gassed at Terezin but the conditions were pretty harsh with the Jewish leaders deciding the fate of the citizens as the trains left bound for Auschwitz. Built in 1780, the small fortress was used for political prisoners with huge numbers of people per cell and it was actually home to Gavrillo Princip after he assassinated Archduke Franz Ferdinand starting WWI. 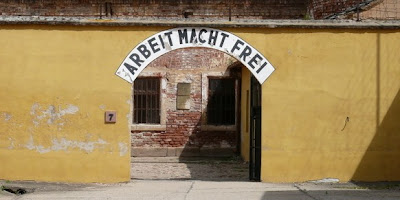 It wasn't all doom and gloom however as we also enjoyed some of Prague's culture. Classical concerts were everywhere so we picked a suitable selection of music and popped along to a string quartet performance in an old church. The acoustics and music were truly wonderful and left us wondering where the rest of the orchestra was and if everyone in Prague is that talented.

Prague is also home to black light theatres. We booked in and saw a silent comedy/magic/illusion show about a magic box which was a gateway to another world (the black light bit). It was all very entertaining. 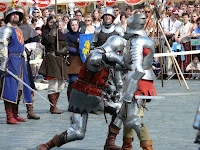 We were very lucky to be in Prague at this particular weekend as the city was celebrating the 650th birthday of the Charles bridge. Everyone was in medieval dress putting on shows around the city, birds of prey, wenches dancing to musicians on a wagon and people wheeling canons around for other shows (Not to mention the all night parties).

A weekend is far too short to spend in Prague so we'll be back again. Oh, and for the beer lovers... the supermarket sells beer for 7.5 euro cents per bottle. 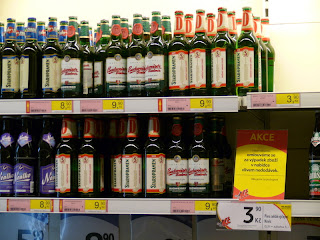