Whilst in the UK we took a short side trip to Guernsey to visit my uncle Clive. It's only a small Island just of Normandy a world away from the UK and one of the worlds financial centre's although you wouldn't know it to look. Part of the British commonwealth its neither part of the UK or the EU and this I guess is for tax reasons. 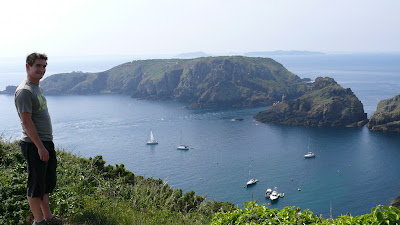 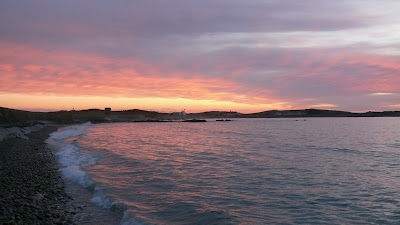 For such a small island Guernsey has a rich history dating back to the stone age 5000BC, the Roman Empire, through the middle ages, Napoleonic wars and even during World War II. It was actually part of the Norman conquest of England back in 1066. 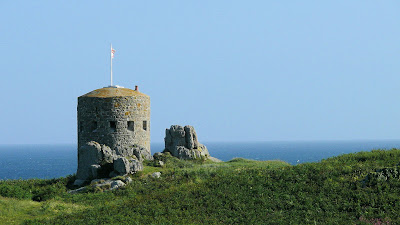 During our stay Clive showed us around the key spots and we even had time to swim in the English channel although it was very fresh.

Much of the natural landscape reminded me of the New Zealand's east coast but the narrow streets, old buildings and walls were of a European village.

On Guernsey we took a day trip to the Isle of Sark not too far away in terms of the boat ride but quite a different story in terms of culture. The island is still governed by the feudal system, so what the Lord says, goes.

No vehicles are allowed except for tractors, horse and carriage and bikes so we found ourselves exploring the islands nooks and crannies by bike. At one stage we came across the combined ambulance and fire station and both we appropriately painted trailers to be towed by tractors and they are actually used.