The last couple of days have been very muggy with the temperature topping out at 31. On Friday night Renate made it home just in time before the skies lit up with a thunder and lightning show.

Fork lightning so close that the building shook and children down stairs started crying. Everyone was at their windows watching natures performance. 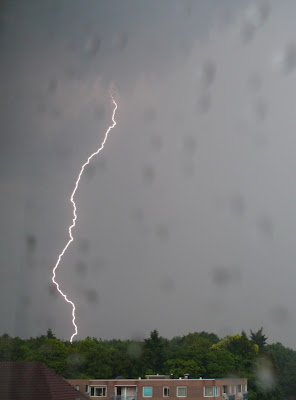 Part 2 of the evening started shortly after with the slightly different sound. The Rolling Stones were in town for the night playing at the Goffert Park next door. Everyone got completely soaked at the concert but luckily no one was struck by lightning although the bolt in the photo above looks like its striking the stage.

Shortly after the rain stopped we headed across to check it out. A double fence system separated those with tickets from those without. Similar to the Berlin Wall with a no-mans land in between (except for the mine field and automatic weapons). People were queued up sneaking a peek and listening to the concert. Some people even bought step ladders along and they were selling drinks and food. 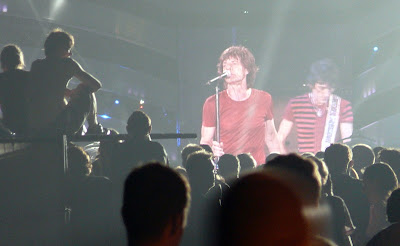 The storms have continued over the weekend with another massive show last night. We would have left the curtains open except that it gets light at 4:15am.