Perfume: The Story of a Murderer

We don't know if it has already screened in New Zealand but we have just returned from a rainy Sunday afternoon at the cinema watching "Perfume: The Story of a Murderer". The cinema was miniscule with 27 seats and almost a full house. No ads, no breaks just the movie.

This tale is a must see with the same magical feel as Chocolat but darker (Dark Chocolate?). In some ways it has a lot in common as Chocolat focuses on taste, Perfume is about smell. 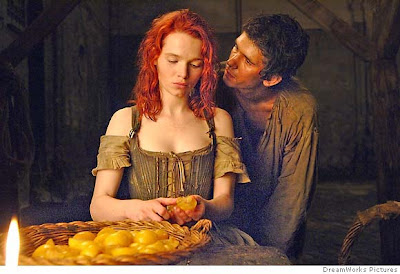 It is the story of a child born in the slums of Paris in the 18th century with an extraordinarily powerful sense of smell. The tragedy is that he has no body odor himself. How that is a problem you'll have to see the movie but he becomes obsessed with making the worlds best perfume.

Rarely a film of this character comes along. It is visually appealing, original, and captivates you from its beginning to interesting conclusion.

Oh yeah, there are hot red head chicks in it too.